BRINGING OUT THE BEST IN BOAZ 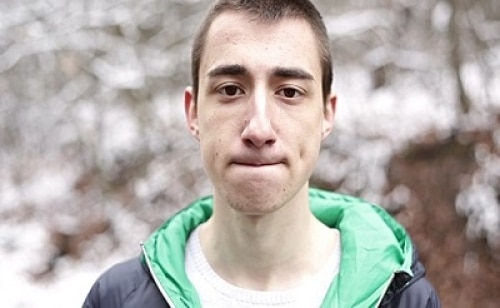 BRINGING OUT THE BEST IN BOAZ. Photo for illustration purposes only

Boaz (not his real name) came to the WIZOuk-sponsored Rebecca Sieff Centre for the Family Vocational School in the tenth grade to train to be a cook. He had a history of attention deficit disorder (ADHD) and severe learning disabilities. He had also been suspended from his former school for his anti-social and disruptive behavior. Despite this, he was intelligent, sensitive and curious. On a school field trip to the Mount Herzl Museum, it became apparent that he had never before been on a day out due to his erratic behavior. He could not control his actions. He shouted and lashed out.

The WIZO school one-on-one counseling and therapies revealed that his emotional issues related to a tense relationship with his parents and hearing difficulties when he was a small child. Through drama therapy at school Boaz was able to express his emotions in various ways, which helped him moderate his impulsive reactions. The school facilitated a series of meetings with Boaz’s mother and the class teacher to improve mother/son relations, and as a result, Boaz’s mother gained a greater insight into her son’s needs and received instruction on how to improve their complicated relationship.

“I am so grateful to WIZO,” said Boaz’s mother, “I was becoming so scared of my own son. I never knew when he was going to explode in one of his rages. I just did not know how to handle him. But the staff at the WIZO school knew just what to do. They helped us both work out our feelings towards one another. Now we are so much closer.”

Boaz came to the WIZO school with a criminal record and a parole officer. In the eleventh grade, he was sentenced by the courts to do public service and attend an anger management course. After completion of the course his criminal record file was closed. This was due in no small part to the encouragement and support of the therapeutic and educational staff who worked in collaboration with Boaz’s parole officer.

Boaz, despite his disabilities, understood the importance of attending school. His greatest punishment was a suspension for a day or two. However, during the three years that Boaz was at the WIZO school, he was involved in causing damage and other problems because of his anti-social behavior. Sometimes, he even refused to take his medication for management of his ADHD, which led to debate within the school management about his suitability to attend, but in the end, WIZO refused to give up on him. Seeing the willingness in Boaz to learn, the strong bond of friendship between him and other pupils and the improvement in his cognitive abilities, it was decided to give him another chance. In the 12th grade at the ‘HaGadna’ army cadet program, Boaz lasted just three days before his unruly behavior towards the military staff caused him to be dismissed from the course. This came as a real wake-up call to Boaz.

Boaz realized that he was too immature for military discipline and the only way he could enlist in the army was through ‘Havat Hashomer’ (a program designed to help disadvantaged youth who are considered at-risk to enlist), which was something Boaz had refused to do before. Now, he realized it was the only way.

Boaz graduated from school with several matriculation certificates and a diploma in cookery. He continued his service in the Israeli Air Force, where he learned English. When he completed his service he went to the USA and is currently studying business management.

Despite the challenges that both Boaz and the school faced, Boaz understood from the start that the school was there for his benefit. The school staff persevered despite Boaz’s behavior and were able to give him the resources for him to make the very best future for himself.